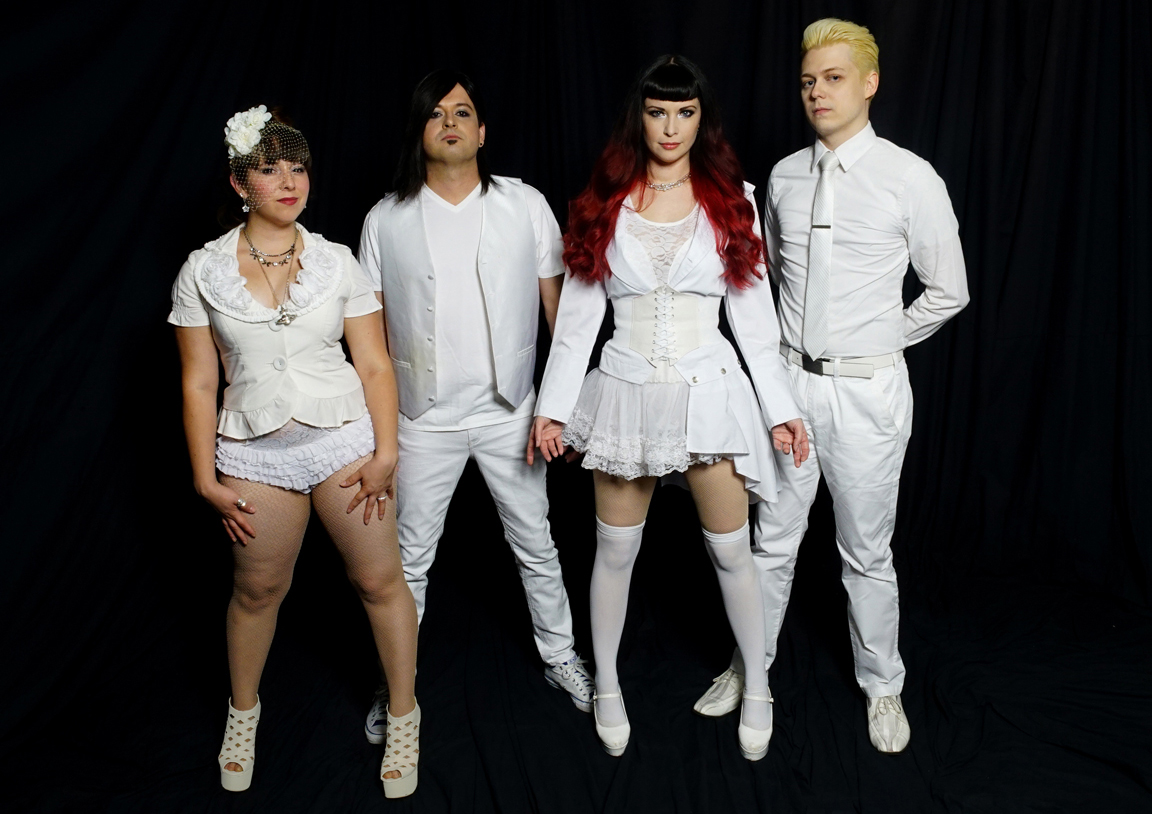 Arizona’s dark underground continues its domination of Phoenix’s Rebel Lounge this Saturday 4/23 with acts new and old hitting the stage. This black celebration marks the debut of Elias Black, the new raw guitar-driven project of Access Zero frontman Matthew Elias Lewter. Bella Lune opens the live show at 9pm with violin-infused darkwave, complete with striking new visuals and snazzy gear setups. Tucson’s Alter Der Ruine is the headliner, hot on the heels of a new EP that signals the new melodic, introspective direction Mike and Tamara Jenney and Mike Treveloni dedicated themselves to in recent years.

DJ Tristan/Iseult, organizer of the event and a DJ and promoter in the scene for the past 18 years, is bringing his weekly club night Sour Times over to the Lounge for a special afterparty version. Joining him is DJ Plastic Disease (Tamara Jenney of Alter Der Ruine) for a set of dark indie, synthpop, post-punk, and other spooky sounds. – Zander Buel

Their first album since 2013’s Secrets draws on influences from dance-oriented music like EDM, EBM, pop and witchhouse, and adds a more bass-heavy approach to their song template of post-punk and ethereal music. Lyrical topics include introspection in both positive and negative lights, in addition to the politically charged Cease To Exist, which concerns climate change.

The album as a whole is a collaboration between Bella Lune front-woman Fuchsia, keyboardist Hurley and Mike Jenney of Alter Der Ruine. Jenney laid the beats and percussion for each song and provided additional production. Under his side-project Dystonix, Alex King of BlakOpz also contributed a remix of Hollow Hearts, a song from Secrets, adding layers of dance-oriented synths and a heavier atmosphere.

Tranzendance is available for purchase as a digipack on the band’s website http://bellalune.com/. Fans can also name their price for a download of the album on the Bandcamp pageÂ http://bellalune.bandcamp.com/. A portion of all proceeds go toÂ musicandmemory.org, a charity that seeks to enrich the lives of elderly Alzheimer’s patients in nursing homes through music therapy.

Bella Lune is an indie electro group in Arizona that has been writing, recording, and touring since 2007. Lead by singer and songwriter Fuchsia, Bella Lune draws influences from post-punk bands such as The Cure and Cocteau Twins, as well as electronic dance, indie and pop music. Bella Lune released their debut LP Abstracted Visions in 2008 and became a live band in 2009. They toured in Japan and California in 2010. The band released their second LP Synesthesia in 2010, and the Ophelia Maxi-Single in 2011. They toured in Europe in 2012, released the LP Secrets in 2013, and their fourth studio album Tranzendance in 2015.